The Klubhaus St. Pauli at Hamburg’s Spielbudenplatz has won the German Lighting Design Award in the Presentation Category.

The new six-storey building was designed to accommodate music clubs, offices, restaurants and live-event locations, and, together with its media façade, is an outstanding example of the successful combination of architecture and media installations, where both the moving image and the structure are perceived as equal parts of the building’s identity. The transparency of the façade is also a unique aspect.

Bartenbach lighting design developed the construction principles and the basis for the technical implementation of the transparent media façade, the design of which prevents light pollution as well as glare, allowing for the glare-free redirection of daylight into the offices behind the façade. The lighting system was specially designed for the Klubhaus St. Pauli.

The building was designed by akyol kamps : bbp architekten, who worked together with the Bremen creative enterprise Urbanscreen from the early design phases onwards. The team developed the building’s structure and the media installation simultaneously. The media façade was actually built together with the firms Multivision LED-Systeme GmbH and Onlyglass GmbH, as well as with Intermediate Engineering. 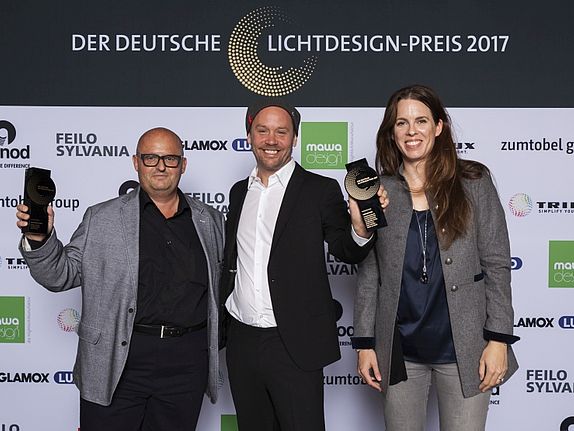 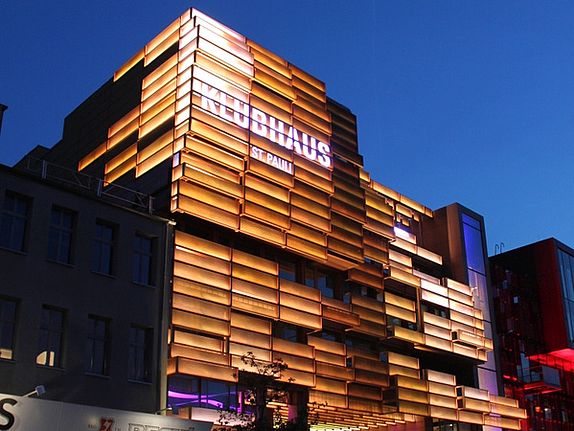 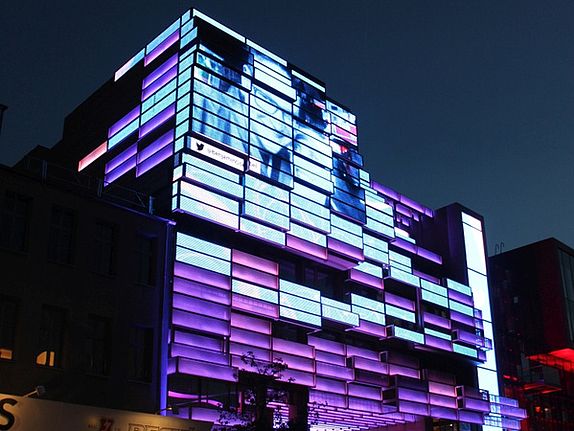 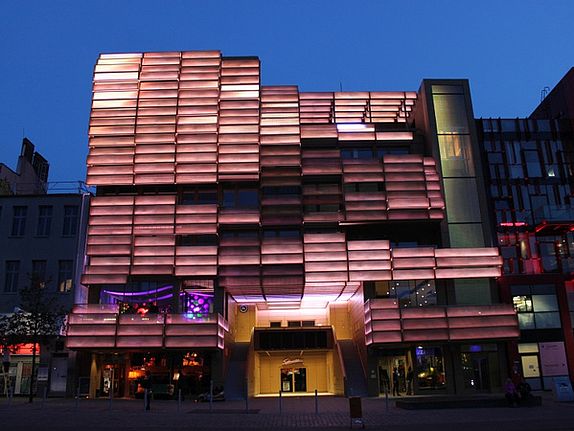