Since 12 July, James Bond fans can completely immerse themselves in the famous secret agent's film universe as well as have spectacular views of the Ötztal Alps.

In the 24th James Bond film Spectre, Daniel Craig has several wild chases in the Ötztal Alps. Since the official opening of 007 Elements on July 12, visitors to this cinema installation at the summit of the Gaislachkogl can not only immerse themselves in this James Bond adventure, but also experience scenes from other James Bond movie classics. In addition to designing the gourmet restaurant ice Q, which also served as a backdrop in Spectre, architect Johann Obermoser has also erected a spectacular building high in the mountains. Built at an elevation of 3050 metres, this new Bond experience world shows key scenes in its nine underground halls, which have a total of 1300 square metres of space. Visitors have numerous impressive views of the Ötztal Alps from various locations within the building.

The concept for the installation was created by the James Bond art director Neal Callow and the design director of the creative agency Optimst Inc., Tino Schaedler. Bartenbach lighting solutions was responsible for the lighting design and implementation.

In addition to creating an appropriate atmosphere within the individual rooms, lighting control was a particular challenge. When the films are being shown, light intensity in the rooms must be reduced accordingly, but when the film excerpts end, the rooms must be sufficiently illuminated again. In addition, the colour of the light needs to be matched to the respective film sequences. This is made possible through the use of RGBW luminaires. Another highlight are the ring lights in a variety of sizes. The largest has a diameter of 8.5 metres, for example. These use either diffuse lines of lights or LFO light points, which radiate both directly and indirectly. 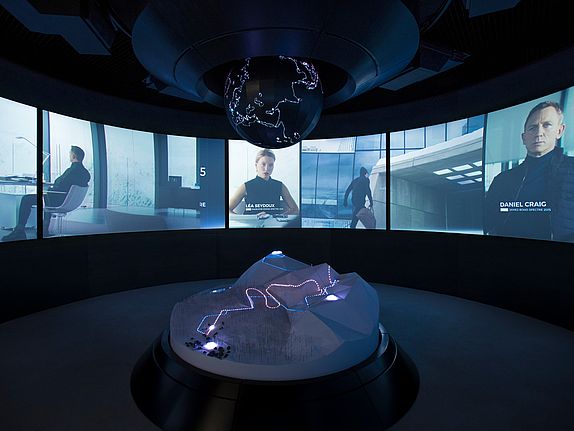 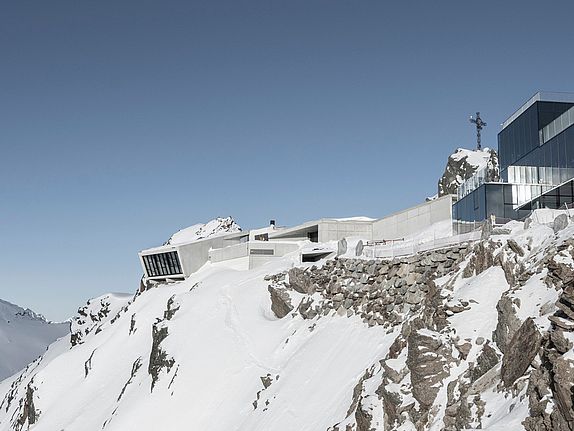 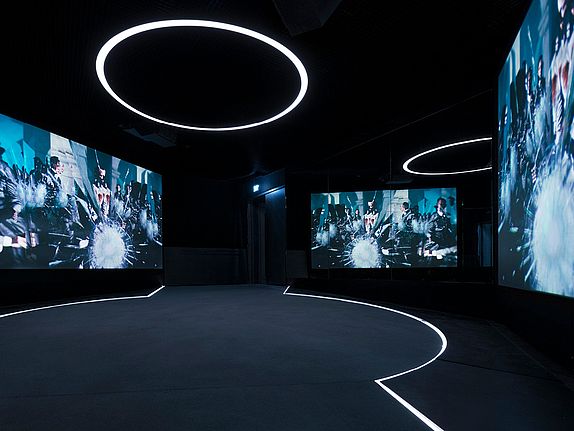